On our way to downtown New Orleans in a freezing drizzle, we stumbled upon Peche, Donald Link's new seafood joint.  It was too early for dinner, but we were cold.  We sidled up to the bar, and admired the girthy timbers supporting the high ceiling.  A gas oven blazed at the opposite end of the restaurant.  We ordered a half dozen Gulf oysters, three from Alabama and three from the Louisiana coast, and backed them with cocktails.  I had the Buffalo Louie: Buffalo Trace bourbon, ginger beer and Steen’s basil vinegar muddled with mint and crushed ice.  Steen’s is a longstanding maker of cane syrup out of Abbeville, LA.  Probably more of a warm weather concoction in the julep family, the Louie was nonetheless delicious.  One of this weekend’s projects is to try and mimic the drink.  There’s a wonderful, biscuity pale ale we encountered regularly in south Louisiana called LA 31 Biere Pale and we also downed a couple of those.  The oysters were clean and pristine, and we landlubbers should have ordered more.

We're working with different ingredients in the north country, so when it comes to trying to approximate the Buffalo Louie it's all about adaptation.  To my mind, one of the best bourbon bargains is the bonded Old Grand-dad with its gaudy orange label and rye-heavy grain bill.  We're experimenting here so why fork out for a bottle of upper-mid shelf Buffalo Trace when you can have a fine bottle of whiskey for $19.00? 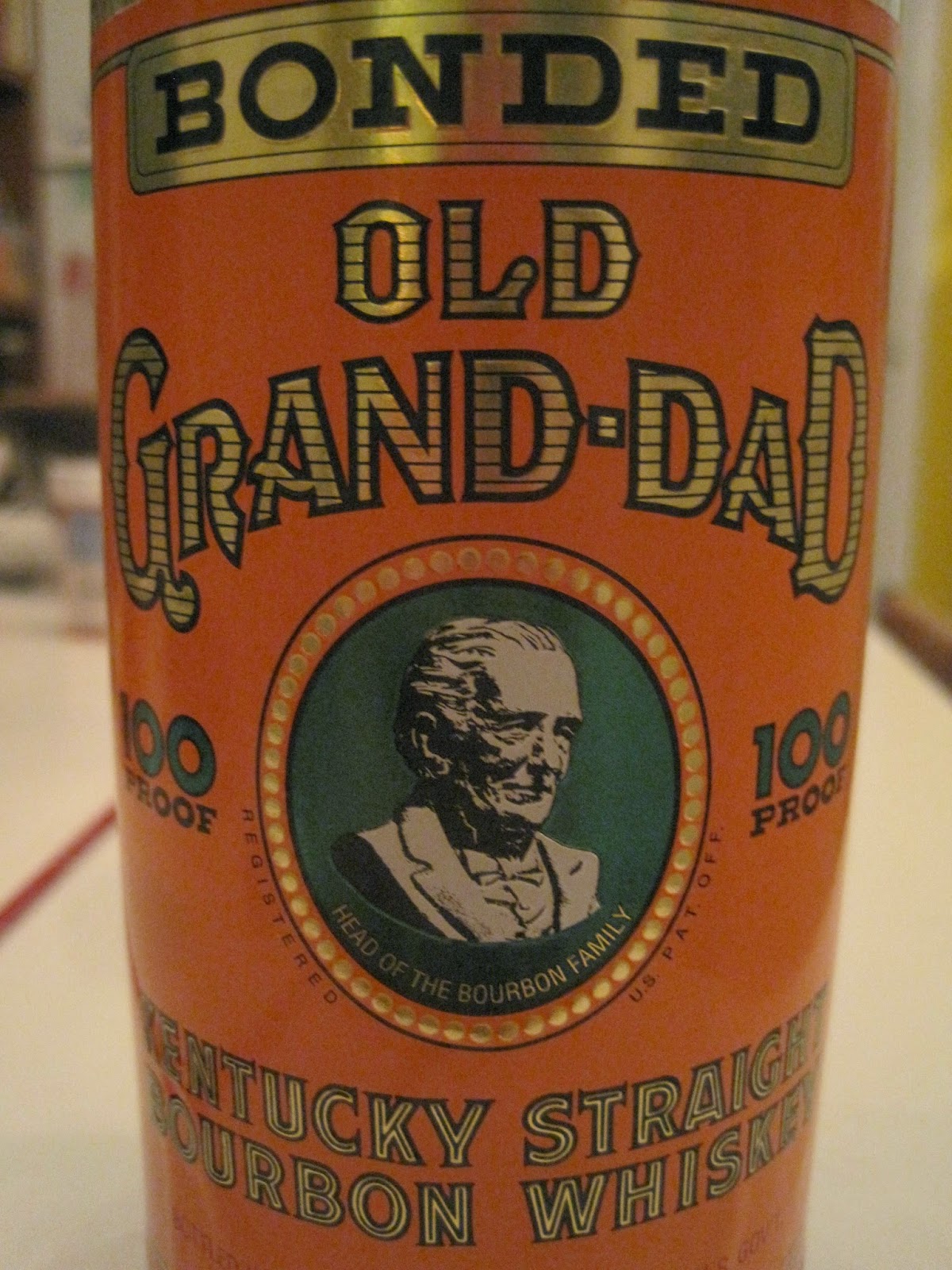 The ginger beer makes this a fairly sweet drink and, in the original, the basil vinegar provides a tart, savory counter-balance.  To make a proper basil vinegar, one would have to steep leaves of the herb in vinegar for a couple of weeks.  I didn't feel like waiting so I made a basil simple syrup with equal parts sugar and water and three bundles of fresh basil.

Now that I've got an even sweeter drink on my hands, the vinegar becomes more important.  There's got to be more of it and it therefore has to taste wonderful.  Luckily, I'm reminded by Bee that we have just the thing.  Mikuni, the Seattle-based wild foods company, has a line of  maple syrups that are finished in oak bourbon barrels.  They make a sherry vinegar that is stored in the barrels after they have housed syrup.  The dark amber ''tonic'' is great in salads and drizzled over kale, mustards, collards or bowls of beans.  Or pretty much anything, really. 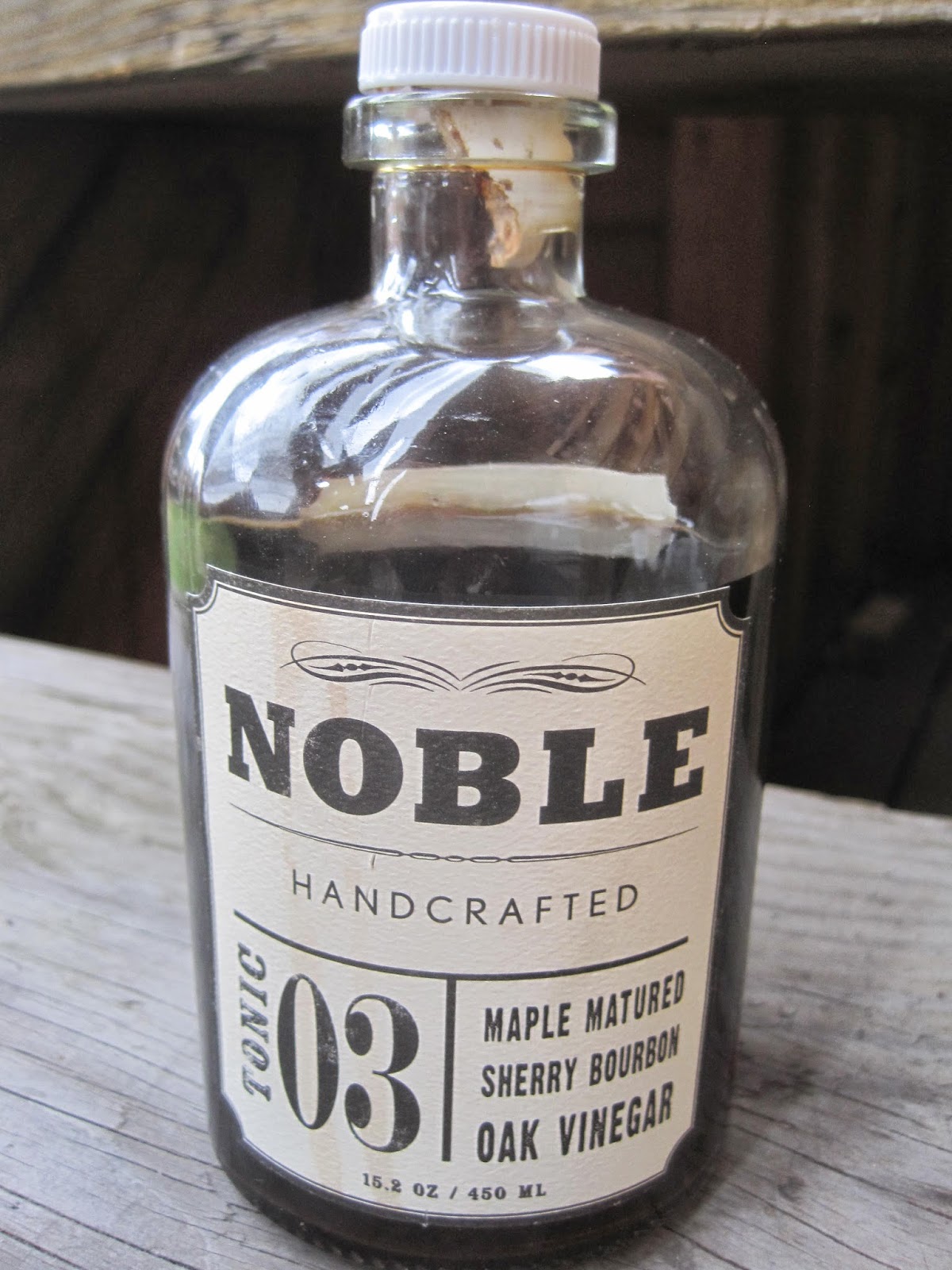 Here's a recipe for the Grand-Dad Lewie:  In a pint mason jar, muddle 6 or 8 mint leaves.  Add three ounces of bourbon, 3/4 ounce of basil simple syrup and a half ounce of vinegar (or more to make it more bracing).  Give it a stir.  Add crushed ice and top off with a spicy ginger beer like Cock and Bull.  Add a whole sprig of mint, give the whole a gentle stir and then enjoy- allowing the fragrant mint to tickle your nose while you guzzle.  Bring on the summer.

I've named my version of this classic from Peche after Bee's grandfather Lewis, a true gentleman if ever there was one. 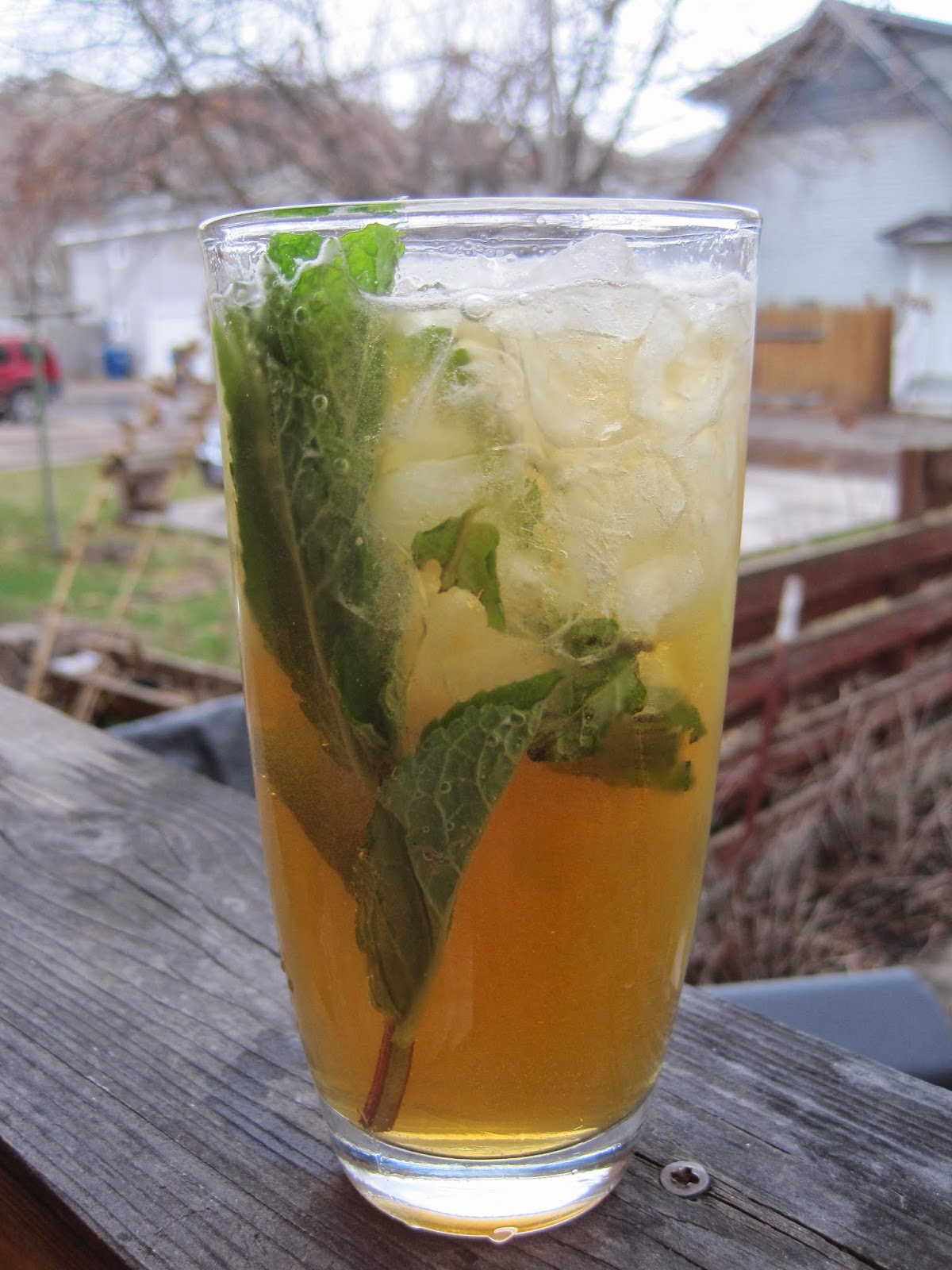 Posted by Israel at 9:58 AM No comments:

After our night at the Sugar Bowl Motel, it would not be overstating it to say that we were in need of a miracle.  Luck would have it that New Orleans was just an hour's drive in the icy rain.

New Orleans is a miracle- dispensing platefuls of numinous grub despite all odds.  I just finished the NOLA food critic Tom Fitzmorris’ Hungry Town, which charts and celebrates the re-opening of the city’s restaurants after Katrina.  Page after page Fitzmorris breathlessly asserts that N.O. cuisine was and is central to the city’s recovery and healing.  He describes his first New Orleans meal after the storm, a big dinner at Restaurant August.  Eighty percent of the city had flooded, 100,000 homes were destroyed, over 1000 people lost their lives.  Just six weeks after this disaster, Restaurant August was packed with people hugging one another, eating their food, grateful to be alive.  While not every resident was as fortunate, Fitzmorris, who had evacuated during the storm, was assured that night that the city would spring back from the storm's mighty blow.

Boy was it good for us to be back!  It was cold.  Raining.  Tiny icicles clung to palm leaves and stoplights.  We checked into St. Vincent's Guesthouse, bundled up and walked the familiar mile to Cochon Butcher.  The line was huge.  Tables filled with food, windows misted over.

Cochon Butcher is a small deli situated behind Donald Link's slightly more upscale restaurant Cochon- where we had a transcendent plate of charcuterie a couple of years ago.  The Butcher caters to the dash-in, dash-out lunch crowd with killer sammies and spectacular sides.  You can also pick up a couple confited duck legs or a freshly butchered pork roast to take home and cook.

We got a bacon melt, a cuban sandwich and a plate of roasted brussels.
As for beverages, ''Rik's Favorite'' was just what we needed.  Rik is the shop manager and the drink he likes is a shot of Buffalo Trace backed with a bottle of High Life.  The whiskey warmed us, the beer fortified our sleep-deprived frames and the mile high stack of tender house bacon and the melty pork blast of the pressed Cubano brought us back from the brink.  And those brussels, charred and tender and tangy and swathed in chile, were otherworldly.  I cannot remember ever having been saved by food in such a dramatic fashion- we received a full attitudinal adjustment.  We parked ourselves at a low table across from one of the meat cases and drooled over the sausages, boudin, and whole cured pork bellies.

Noticing that we were drinking whiskey at noon on a weekday, a friendly fellow who was packing sausage into bags for distribution struck up a conversation.  He told us that the shop received two hogs twice a week.  The 200-300 pound animals are broken down by head butcher Leighann Smith.  He also told us that Link had opened a new seafood place not far away, and of this we took note.


To think we almost bypassed the “Venice of Cajun Country” and went to Thibodaux, Louisiana instead.  We would have missed the pleasure of a sleepless night at the Sugar Bowl Motel, where you’d do well to take a look at your room before paying because, according to a sign in the lobby, you won’t be getting any refunds.  This was the first of many signals that we’d taken a wrong turn.  There was also our door's gouged, gloryhole-like peephole, which I stuffed with toilet paper so we could have privacy- and the smears of used oil on the walls plus the fact that the bathroom looked more like Freddy Krueger’s boiler than a place to remove your clothes for a wash.  Our neighbor spent the evening leering in his doorway while other residents lurked about in pants large enough to tarp a side of beef.

We fled the motel soon after checking in.  Took our belongings with us and sought a more cheerful place to spend the evening.  We started at Big Mike’s Barbecue, the busiest place in town.  I’m not sure if Big Mike needs to keep his meat in the smoker for a few more hours (or a few less), but the ribs were leathery and the brisket ropey.  After a failed attempt at nightlife in a local dancehall where a handful of teenagers stood at the bar smoking and doing jello shots, we landed at Which Craft?, a beer bar attached to a Thai restaurant.

Here plates of Pad Thai clang against glasses of Abita and Weihenstephaner as the post-work crowd swarms the bar and stumbles to a wall of refrigerators that hold hundreds of bottles.  It took a minute to catch on and learn that instead of ordering your beer at the bar, you grab it yourself and bring it to the bartender so he can pour it and put it on your tab.  There were a few moments of solace as I sipped a Tripel Karmeliet and then moved on to a Liberty Ale, that modestly hopped, malty treat from Anchor Brewing Co.  We played a game of cribbage and watched the drinking crowd.

At the end of the bar sat a mass of thick, middle-aged men who seemed to be regulars and who had obviously been there awhile.  A young woman who was drinking alone in sweatpants held their attention.  She was egging them on, talking about certain parts of her body being too difficult to shave.  We left when the drunkest of the bunch ramped his overtures to embarrassing heights.

In dire need of further fortification for the evening to come, we walked to a convenience store in front of the motel.  We ran into one of our neighbors at the 40 oz.-end of the beer fridge.  I was diving in for a mega-can of High Life and he was seeking a Bud Light Platinum.  “After a couple of these, I’m good,” he said.

We walked back to the hotel together.  "You guys moving in, too?" he asked.  "Yeah, yeah," I said, and threw the chain which was bolted to the door amidst a sea of pocks and shadows left by a succession of previous chains.