Our cooking teacher Ivy Chen's family is from Tainan on the southwest coast of Taiwan- where the 6.4 magnitude earthquake struck a couple of weeks ago.  (her family is safe). One of the culinary specialties from that city is Danzai noodles- alkaline wheat noodles in a pork and shrimp broth with garnishes of minced braised pork, cilantro, bean sprouts, chopped raw garlic and a single perfectly cooked sweet shrimp.  You also see versions with a hard boiled egg or a pork ball.
Mrs. Chen started with a broth made from chopped pieces of bone-in pork leg simmered for a few hours.  Then she pulled a ziplock of nearly black, gelatinized master stock out of her freezer and let it thaw.  Master stock is integral to much Taiwanese cooking- being the base for braised meats of all kinds that end up in soups and other dishes.  It's made by simmering cassia bark, citrus peel, star anise, garlic, green onion, dried mushrooms and sugar in water, soy sauce and rice wine.  Various meats are then braised in the stock until tender.  Instead of being discarded, the braise liquid is retained and either kept at a boil, chilled or frozen for later to braise more meat for other projects. In this way, the flavor of the stock continues to deepen with time.  Master stocks are sometimes kept going for decades.
To make the Danzai noodles, we added ground pork and a bit of minced belly to Ivy's master stock and simmered for an hour.  We took the fresh pork leg stock made earlier, got it boiling and added shrimp heads and shells.
We bought fresh noodles from the local market since we were already making two other kinds of dough for steamed buns and Xiaolongbao and were running short on time.  We blanched them briefly and slipped the hot noodles into bowls, ladled the shrimp and pork stock over and then topped it all with the pork braised in master stock, bean sprouts, cilantro and a bit of chopped raw garlic.  Danzai noodles are usually eaten as a snack in a small bowl.  It's a simple and insanely delicious thing, that raw garlic really brings all the flavors together. 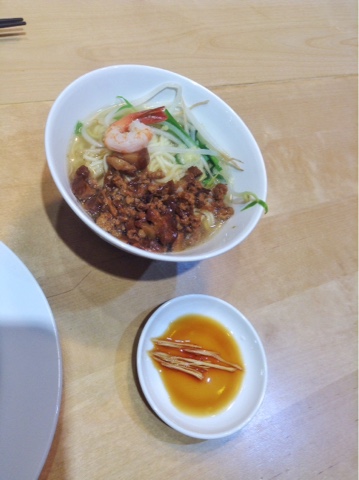 Mrs. Chen suggested that if we wanted to try some other versions of Danzai noodles in Taipei, there was a great authentic spot in an alley behind Din Tai Fung.  We went searching the next day and found a shop that specializes in Tainan noodles.  We enjoyed small bowls of Danzai that were quite similar to Mrs. Chen's- maybe not quite as good. The shrimp was replaced by a savory, rubbery pork ball. 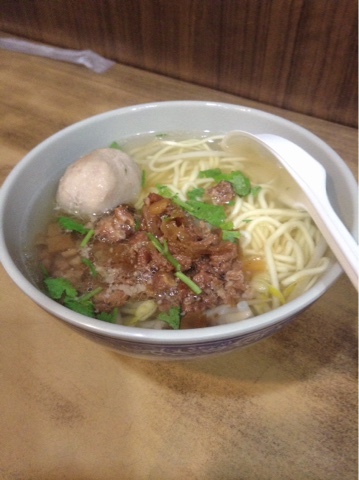 I emailed Mrs. Chen and it turned out that we'd gone to the wrong place.  That was still a fine bowl of soup.  Such is the food in Taipei that you have to work to find a bad meal.
Posted by Israel at 7:19 PM No comments:

As the Crescent City gears up for another blast of drunken revelry, do you ever wonder what happens with all those empty Hand Grenades left splintered in the streets?  Here's a good read on the folks who clean the heaps of sodden trash in the aftermath of Carnival.
As a punk kid I was induced to clean up after the V.P. Fair (now Fair of St. Louis) beneath the sleek supports of the Gateway Arch. I remember well the stench and feel of a yellowed watermelon left to bloat in the July heat. The number of bags we filled in a day was stunning.  But I was a mere wayfarer in such realms.  My hat is off to those who perform such an invaluable service.
http://www.bestofneworleans.com/gambit/cleaning-up-carnival/Content?oid=2870475
Posted by Israel at 5:36 PM No comments: 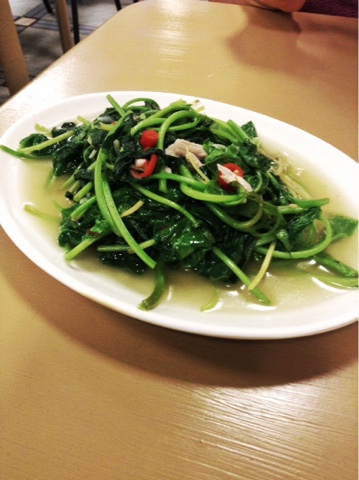 The Taiwanese use the greens off every edible plant for food.  We were wowed by the heaps of greens at markets.  It's a paradise for the kale-weary.  We feasted on these stir-fried sweet potato leaves one night while wandering hungry in Hualien.  The stems had a crunch almost like fried green garlic scapes.
Posted by Israel at 8:01 PM No comments:

We're getting a little better, but our steamed buns are still not yet there. 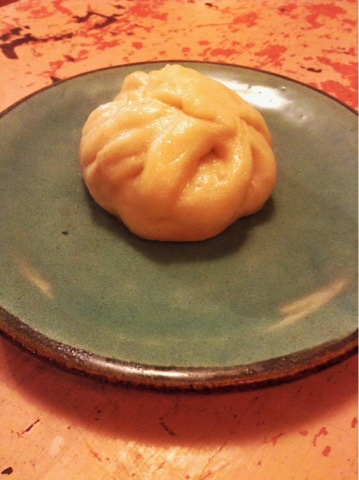 The bottoms got stretched a bit thin and the filling was too soupy so the bottoms dropped out of some when we removed them from the baskets. Plus the tops look confused. We'll keep at it.
Posted by Israel at 8:43 PM No comments:

Delicious bitter melon. Crunchy. Scented with sesame, chili and garlic.  It's the unfussy food in the garishly lit, often grubby street side cafes I long for the most when thinking about eating in Taiwan. 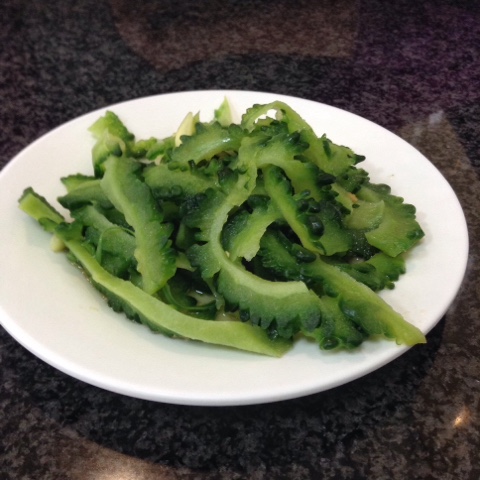 Kimchi- a sweet version so far gone the nappa ribs were disintegrating. 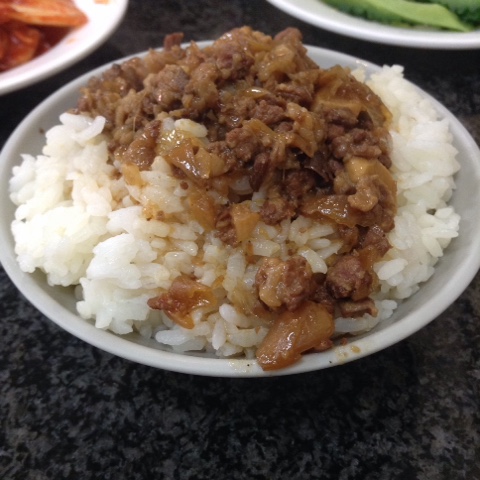 Pork rice
Posted by Israel at 8:23 PM No comments: 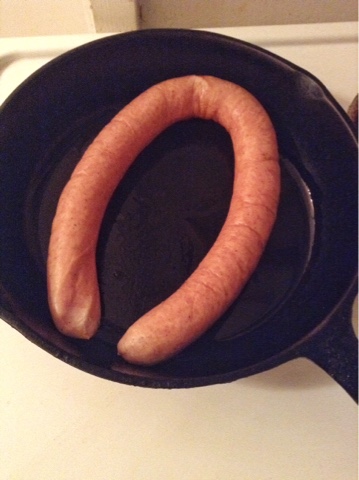 I just learned that the Portland charcuterie greats changed their name because the International Olympic Committee had a fit about brand protection. I've been a fan of the outfit's salami for a couple of years and have lately been testing some of their emulsified sausages.  They handled this snappy, juicy kielbasa as deftly as they do their dry cured products.
Posted by Israel at 7:56 AM No comments: