Looking for some way to use the glut of food coming out of the late summer garden (including elephantine summer squash), I came upon this recipe in "Fried & True," Lee Brian Schrager's recent paean to America's deep fried bird. The recipe has four main components: a yogurt/Sriracha marinade for the chicken, a rice flour and cake flour dredge that produces a thick, crunchy fried crust, a honey/vinegar glaze, and fresh vegetables charred in a skillet. The recipe calls for okra, tomatoes and onions, but I used what was available: fresh corn cut from the cob, summer squash, onion and tomato.

You'll want some time to make this. It's more suited to a lazy Sunday afternoon in the kitchen than a fraught weeknight at the stove.

Lay the thighs flat on a cutting board and cover with plastic wrap or paper towel. Pound with medium force until they are a uniform 1/4 inch thickness. Place thighs in a bowl or Pyrex storage container. Mix yogurt, Sriracha and salt and pour over pounded thighs. Mix with hands to make sure all surfaces of chicken are well-coated in marinade. Cover and refrigerate for 2-6 hours. 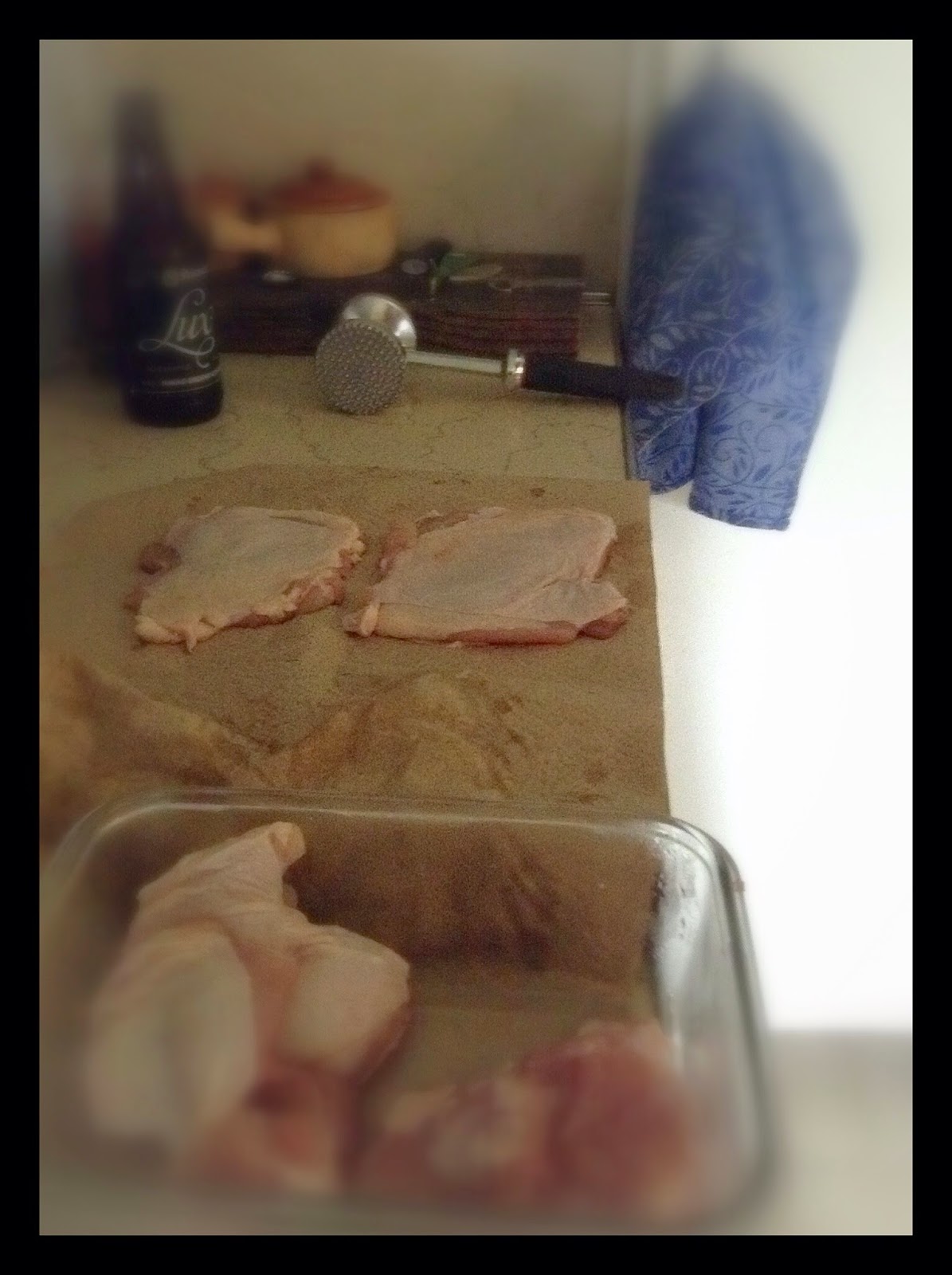 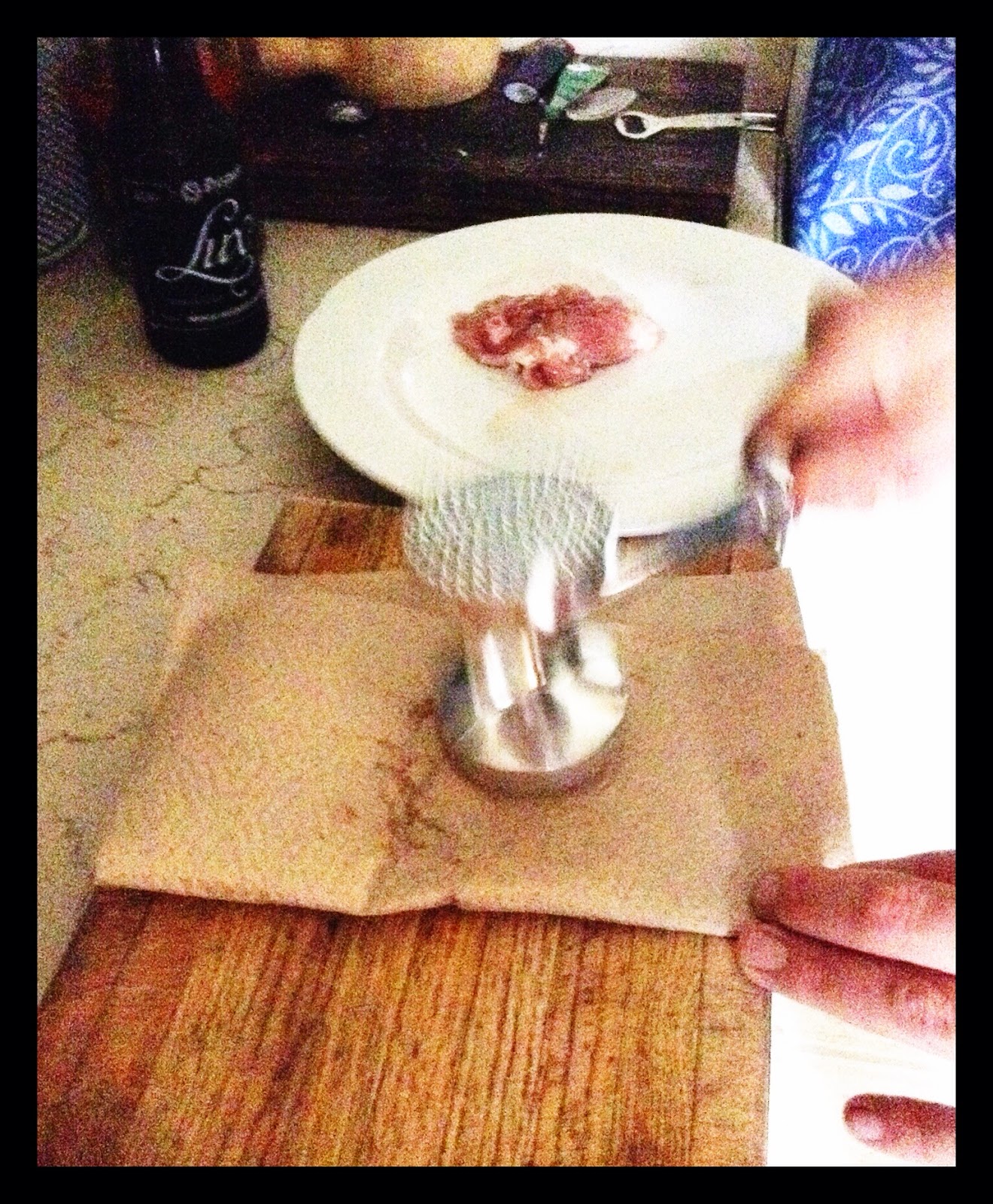 For the dredge:
2 cups rice flour
2 cups cake flour
1 cup cornstarch
1 tsp fine sea salt
1 tsp freshly ground black pepper
Canola or peanut oil for frying (I used about a quart of canola in a 12 inch cast iron skillet. I found that this recipe makes enough dredge for a double batch of chicken, so I saved half for a later date.) 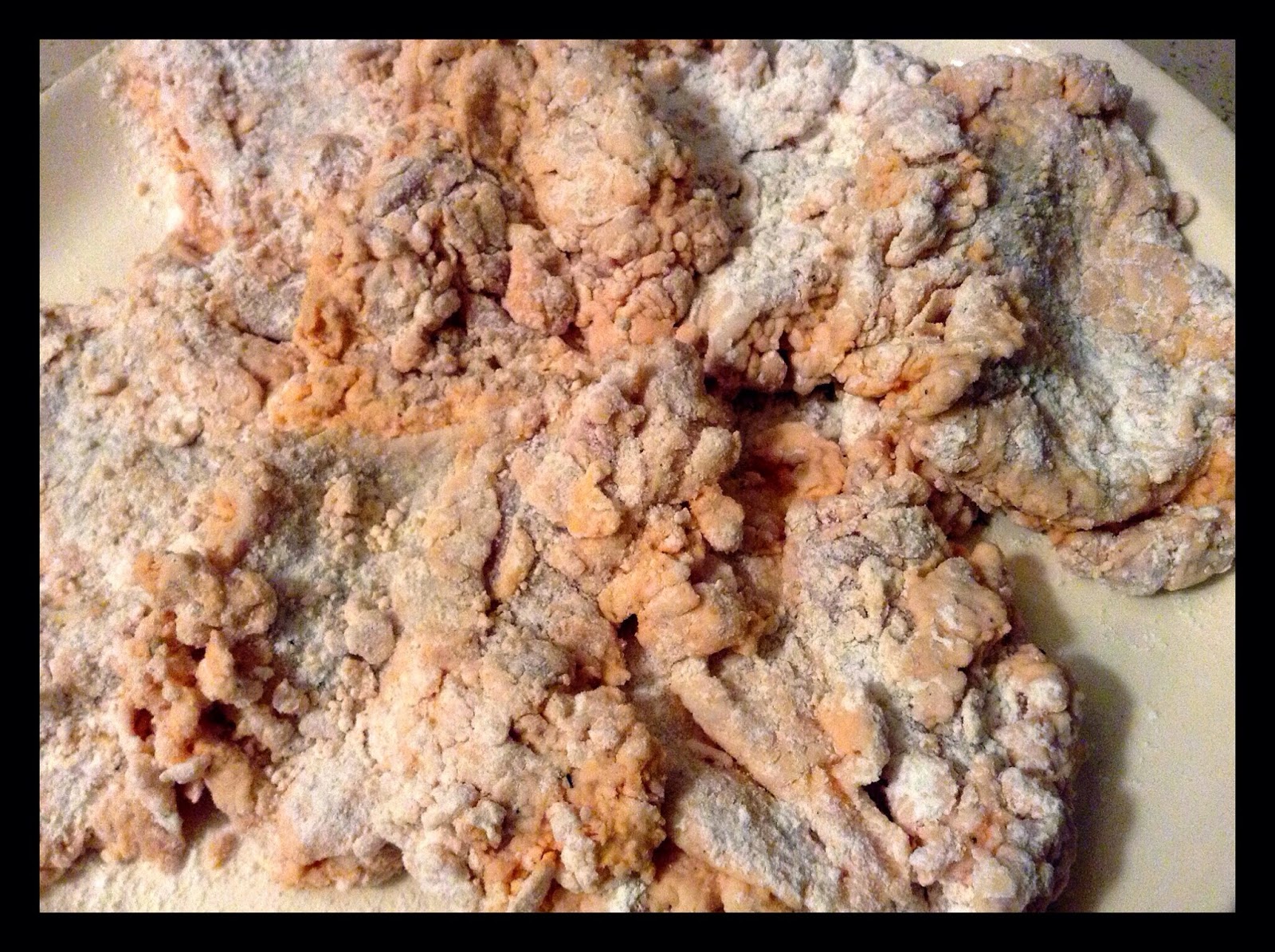 Mix dry ingredients well in a bowl or deep-rimmed baking dish. When chicken is finished marinating, remove and shake off some excess marinade.  The chicken will be pretty gloopy with the yogurt.  That's good.  You don't want to scrape it all off. Dredge chicken in the dry ingredients until it is well coated on all surfaces.

Bring all three to a boil in a medium saucepan, reduce heat and simmer until thick enough to coat the back of a spoon- about 10 minutes. The glaze will thicken substantially as it cools.

Fry the chicken:
Heat oil to 325 degrees (use a candy thermometer).  (I set my burner midway between medium-high and high).  Use tongs to place thighs in oil, careful not to crowd chicken. I fried the thighs in two batches til crisp and browned, about ten minutes, flipping halfway through.   Allow chicken to rest on paper towels for a few minutes while you char the vegetables. 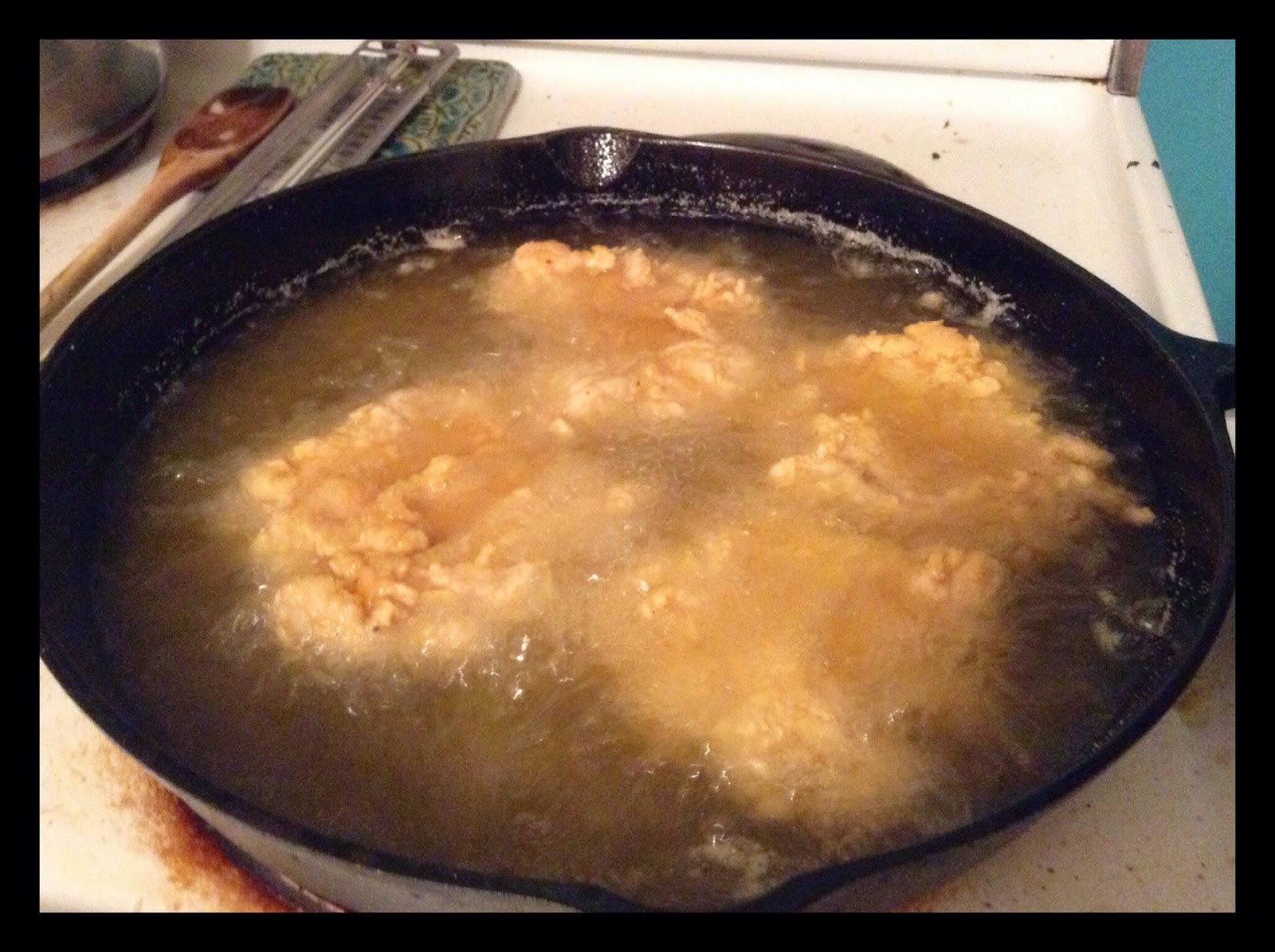 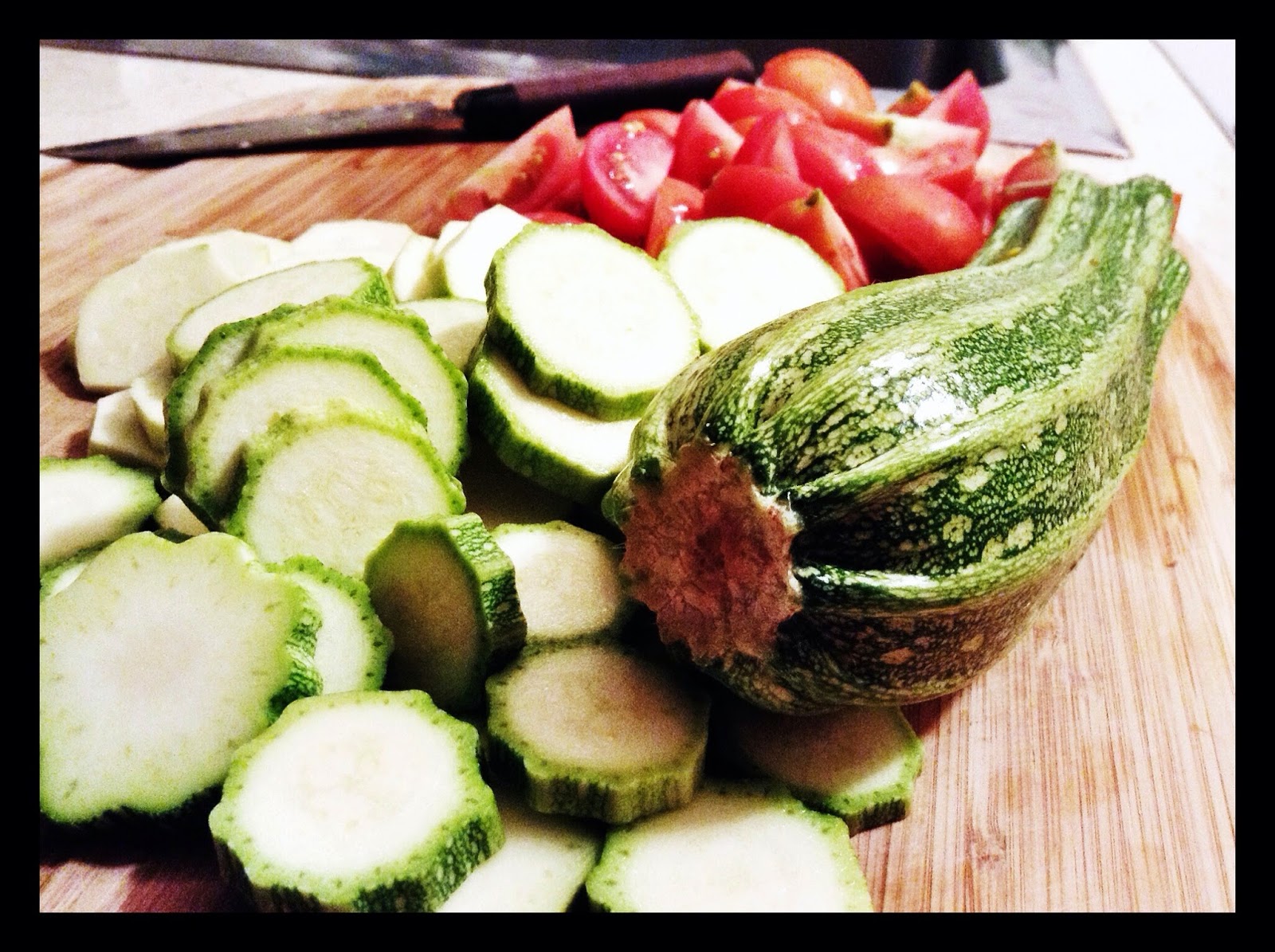 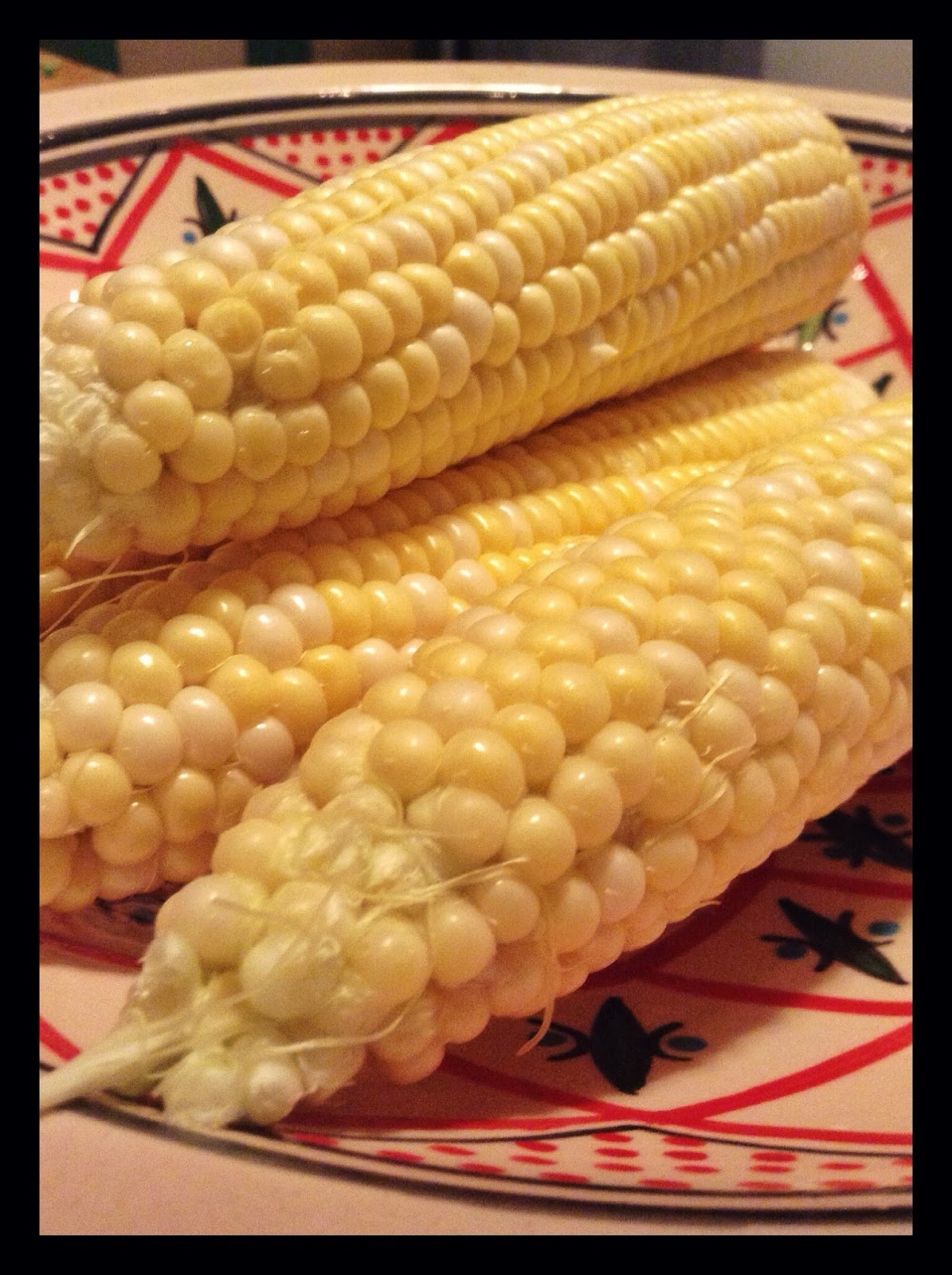 We sauteed some collards with chopped onion, oil and a bit of wine vinegar- just to have something green on the side. 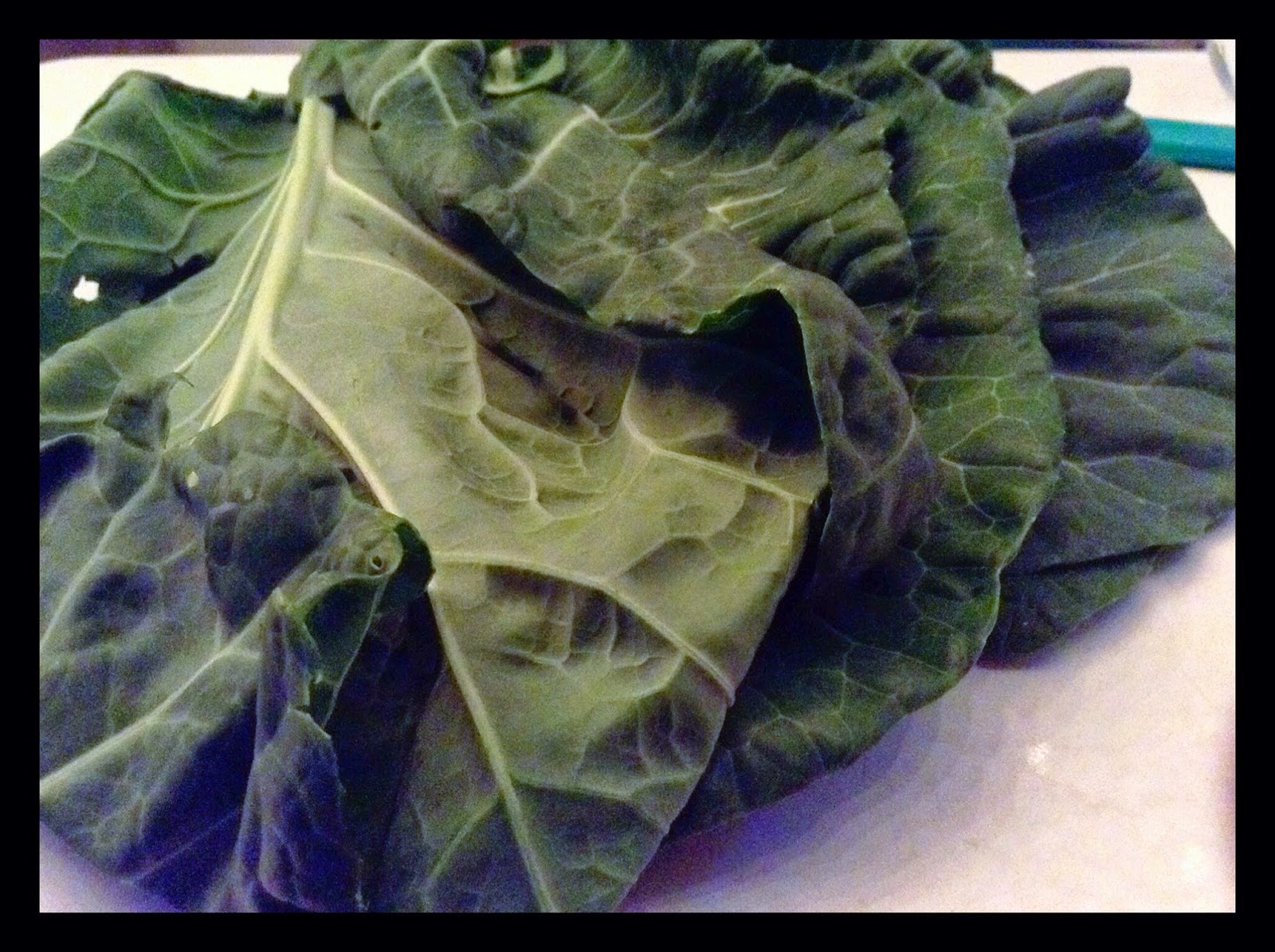 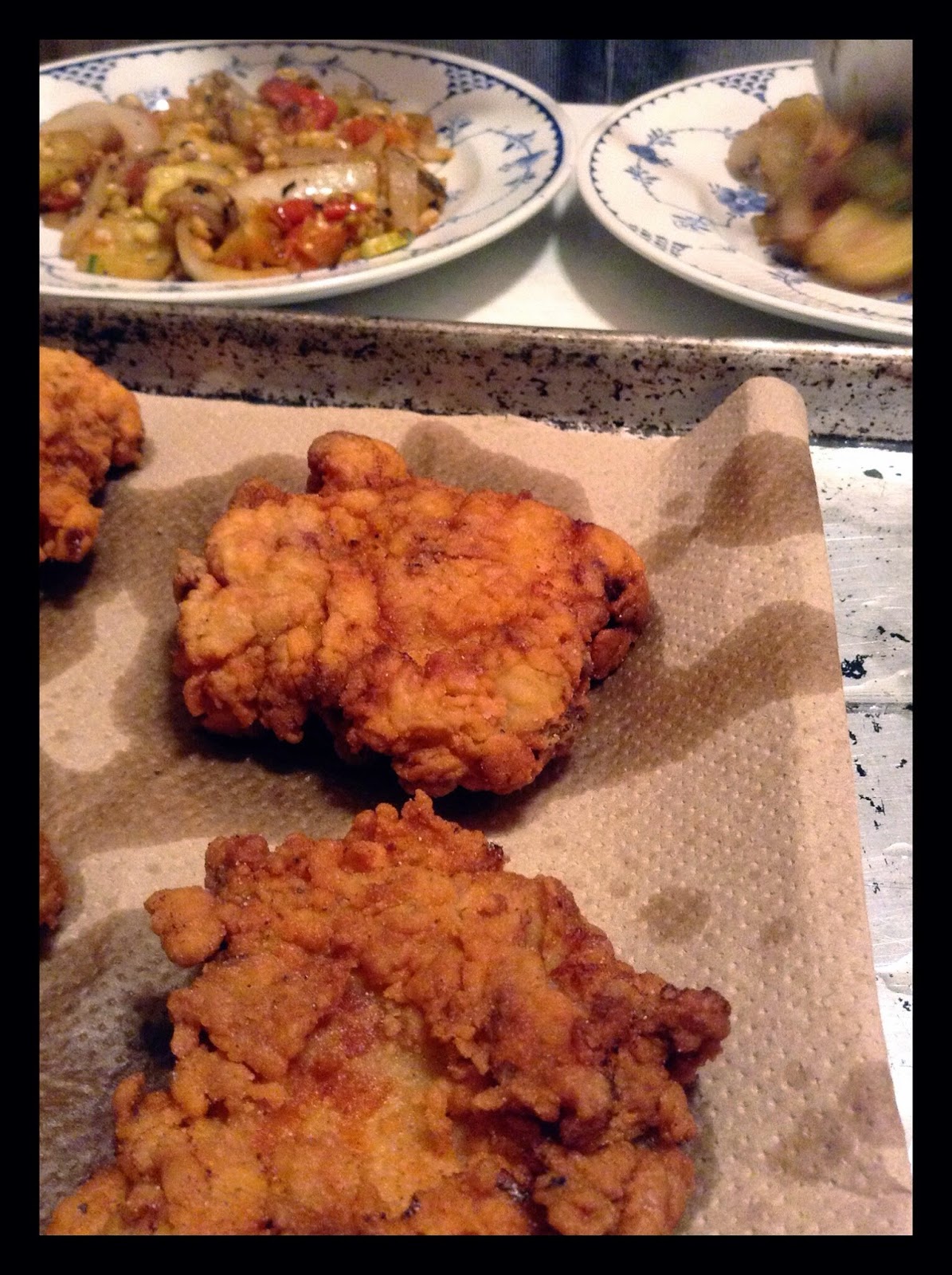 Place a mound of charred veggies on a plate, set a fried thigh on top and drizzle with glaze to taste. Chow down. Leftover thighs make fabulous, next-day sandwiches on toasted bread or bun with mayo, preserves, pickles, more Sriracha. 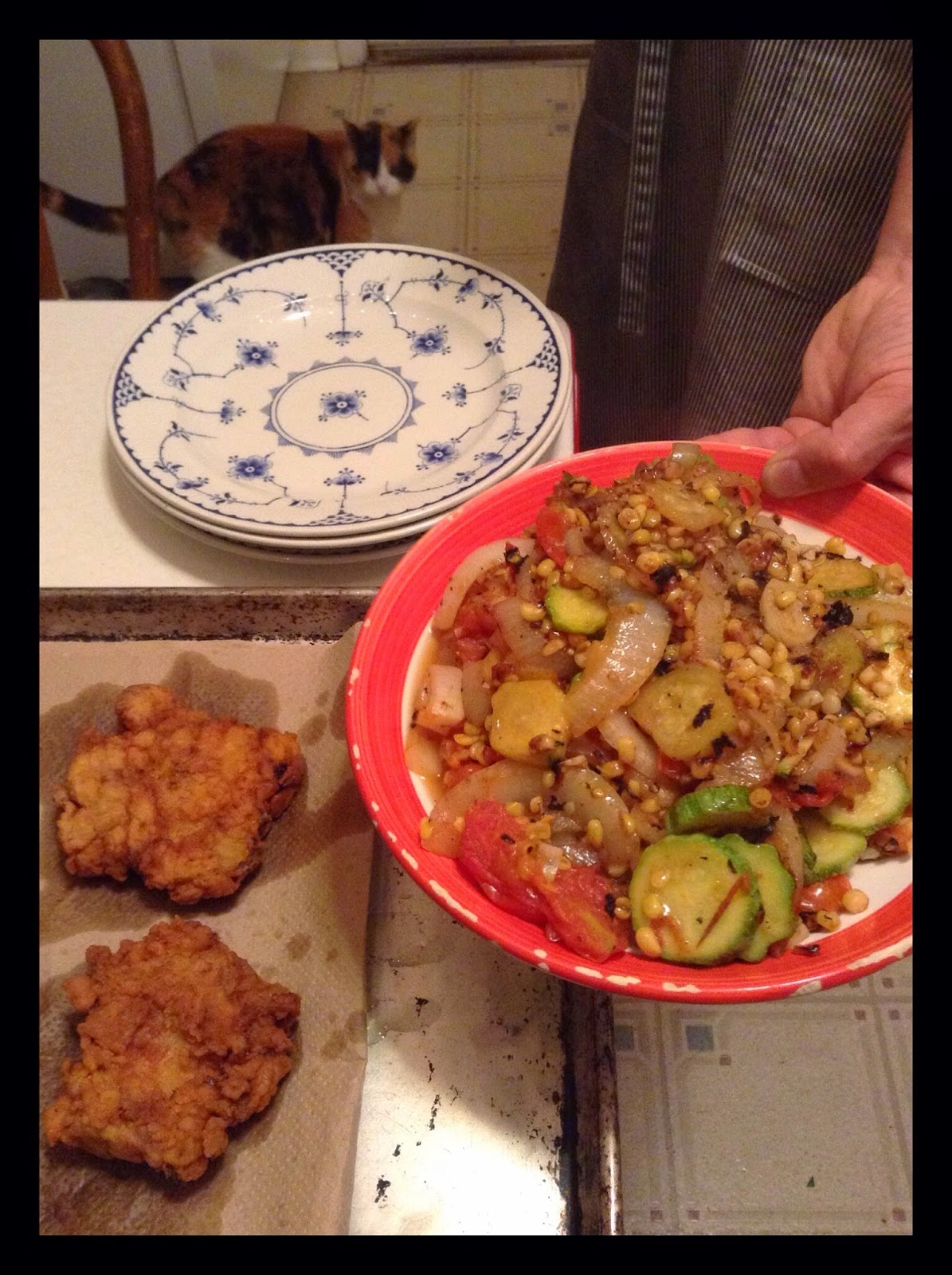